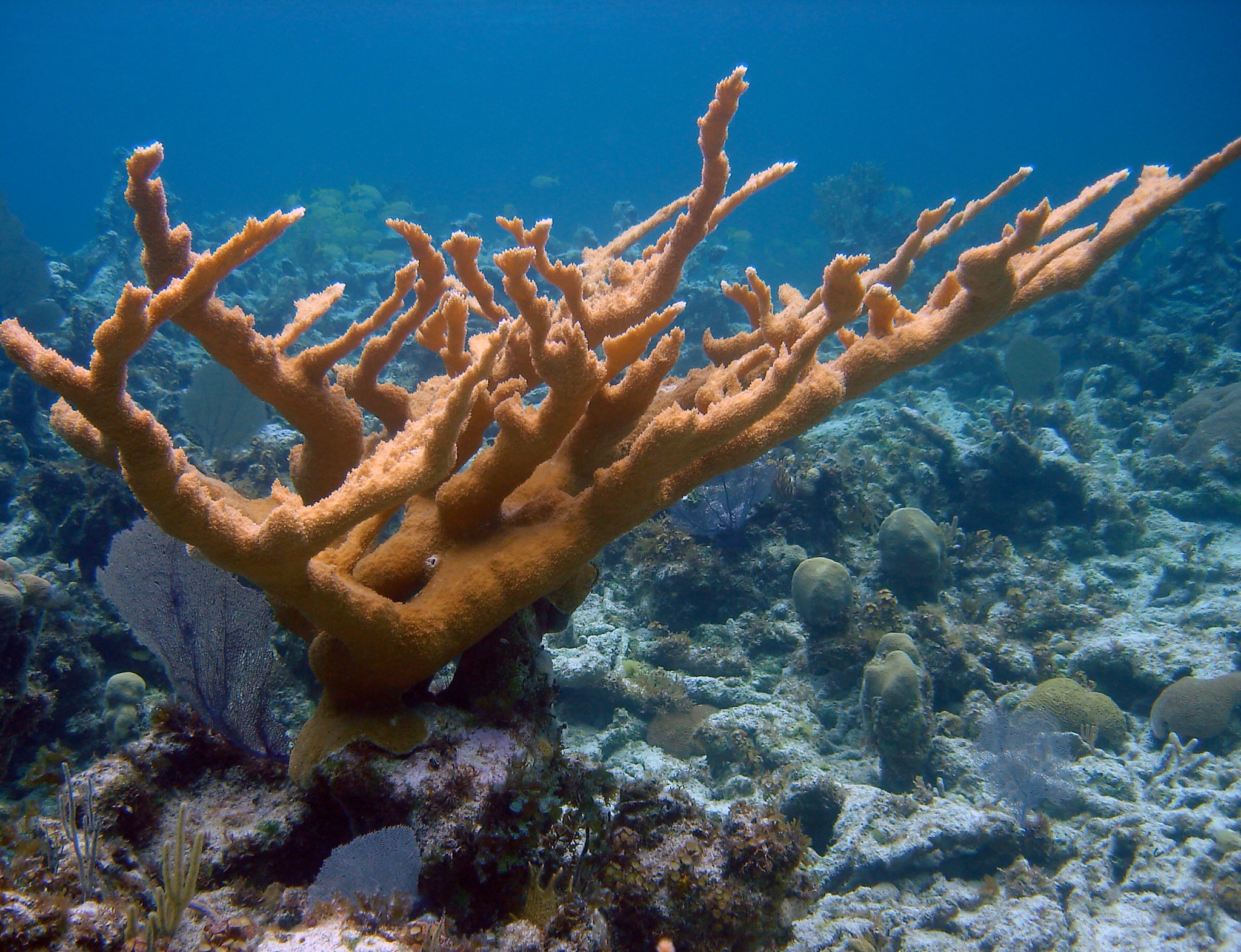 I developed and taught a Marine Biology course at the High School level near Kansas City, Missouri from 1999 to 2013. I recently retired in Missouri as a curriculum & instruction administrator for the past ten years, and I am back in the classroom teaching Biology in neighboring Kansas. I hope to revive this program for kids in short order.

A key element of my year-long class was a week spent studying the coral reef on-site in the Bahamas in April. For years we publicly shared nearly everything we did from classroom discussions on a Ning community (remember that utopian existence?) to album upon album of images on Flickr. Everything we shared was via a Creative Commons license.

In 2004 I was contacted by the Center for Biological Diversity about a formal petition to list the two main Caribbean coral species as threatened under the Endangered Species Act. They informed us that our photos showed not only the beauty of these species on the reef, but also their plight, and in many cases, they showed change over time in a visually compelling way. They asked if they could include some of these images (few people at the time understood the forward-permission inherent in a CC license) to tell the story of the reef and help build the case for congressional action to protect these valuable species. That petition can be found here.

A scan of the 111-page document shows the majority of the imagery used to make this case (along with a pile of scientific data) came from images we shared openly on the web). In the final acknowledgments on page 111 is this: “We are also deeply appreciative to all the photographers who have brought the beauty of coral reefs to these pages. Sean Nash and the St. Joseph School District Marine Institute (www.stjoeh2o.org) deserve explicit recognition and gratitude for the incredible photos from Andros Island that make up the bulk of the underwater imagery in this petition.”

As a result of this petition, final action by the National Marine Fisheries Service was taken in 2006 to list the two corals as “threatened” in the Endangered Species Act.

It is hard to understate the agency felt by students that year and in future years as we continued to dig in and study the coral reef ecosystem. The idea that merely taking photos could move the slow needle of governmental progress was transformational for my students in the middle of the continent. Never again (if they had previously) did my students see an afternoon snorkel trip in April as a one-day adventure.

Openly sharing even a single image from a single exploration in the wild could affect real change. This one open-sharing experience transformed all of our future experiences from that day forward.

Where can open practice take you?